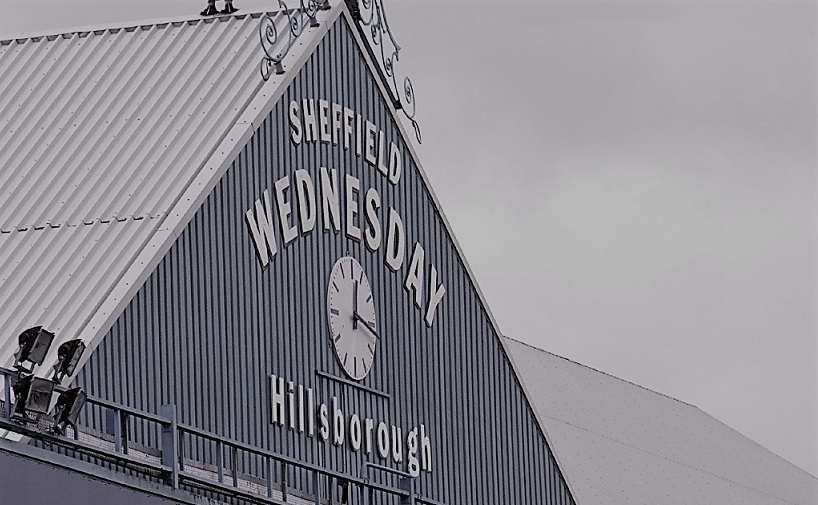 “A joke Charlie…It was just a joke. Don’t tell me tha’s lost tha sense of humour”.

Charlie pursed his lips and grunted as he punched his time cardn into the device in the entrance to the wages office and dropped it into one of the wall of pigeon holes. The jibe was over a decade too late and had the owner been anyone but the one person he considered a friend, Charlie would have made him well aware of just how thin the humour was.

Joe Miller gazed warily up at the face frowning back at him, wishing he could go back and start again. Charlie turned mournfully and strode on, troubled by old memories of the rush of adrenalin that defied muscles to ache.

“You’re Mary must be about ready to drop,” Joe trotted to his side and tried to match his lolling gait with short muscular legs. .

With eyes fixed firmly on the road ahead, Charlie grunted again. Joe dropped his gaze to his worn boots and marched silently alongside the tall, ropey figure.

The two men walked on passing rows of blackened terrace houses and three storey boarding houses facing each other across the wide cobbled road, each blank eyed window giving no clue to the squalor within. Lost in thought, neither man acknowledged the haggard gaze of women in threadbare aprons, or the joyful squeals of children with limbs seemingly too fragile to hold them aloft as they swung round the tall iron gas lamps.

Half way down the street the pavement ended abruptly and turned into a cul-de-sac surrounded on both sides by windows intermittently breaking the monotony of high brickwork. Charlie paused on the pavements edge at the sound of a tin can striking the cobblestone road closed in by the high wall of a disused building beyond which lay the knackers yard on one side and the Sheaf Saw Mill on the other. Their calls adding to the distant screech of wood saws, a group of boys were racing up and down, grabbing threadbare coats and pulling opponents down in the playful fight to win the game. For a moment Charlie saw himself among them, thin, muddied and ecstatically determined to make the slippery streets his football pitch, the battered can his football. In his mind the street vanished to be replaced by the expanse of green of the Wednesday’s pitch surrounded by a sea of faces, waving arms and a wall of sound as he trotted out onto the field of dreams.

“Charlie! Is that comin lad or is tha just gonna stand there gawpin?”

The memory vanished at the sound of Joe’s voice. The dream gone as abruptly as it had ended in reality.  He was no longer 25 he was 35, it was 1914 and he was back where he had started on the streets that led from the foundry toward the city centre.

“When’s she due?” Joe pressed, as they crossed the street to walk past the brewery.

Charlie turned his head and glanced at the ruddy cheeks, noticeable even from beneath the engrained dirt gathered in black lines stretching from the corners of Joe’s eyes. “About a week or so…Who can tell”. His voice bitter and distant, his thoughts elsewhere.

They continued walking in silence past the red brick walls of timber yards, cutlery makers and tool works; the lighter industries filling the gap between the heavy expansive steel works and collieries over the river Don and the broad, teaming streets of the city centre.

“How’s she fairing”, Joe continued, picking up the conversation as they rounded the corner into St Marys, bustling with people making their way home. The wide road flowing with an endless river of rolling wheels, hustling impatiently behind meandering drays and carts, the hum of trams, roar of combustion engines and methodical clip of metalled hooves.

“How does she ever fair”, Charlie said bitterly, glaring at a woman on a bicycle “On her back”.

As they came to a halt at the roadside Joe shuffled uncomfortably. “She’s a fine woman your Mary. Tha could’ve done worse”.

“Aye”, Charlie replied philosophically, pushing his arms into his jacket. “And I could’ve done better. Looks count for nowt where a woman’s concerned”.

Joe opened his mouth to speak, but was cut short by a faint hum and metallic trundling fast approaching them. Stepping into the road he strode forward, pausing for the back of the tram then hopping on board. Turning back he saw Charlie walking quickly in the opposite direction.