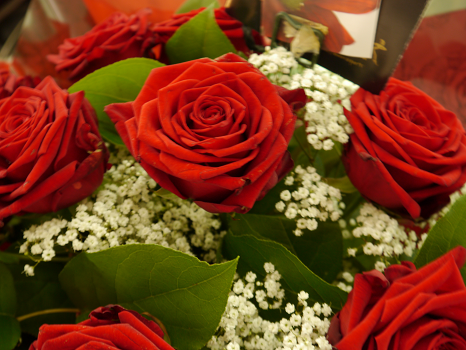 The sky had turned a nasty shade of grey, a large cloud in the shape of dog peeing up a lamppost spitting rain on the taxi windows. Not entirely a good omen.

Roger was wary of omens ever since his best friend’s cat suffered an unforeseen and untimely end. He was thirteen at the time and the cat was black, shooting out from the under privet hedge he buried his foot in while reconstructing a left foot strike in goal. The aforementioned doomed feline ran straight in the path of the number 26 bus to end its life looking like a Pontefract cake.

The Roger of those days, not particularly tall with a caved in chest, spindly limbs and a mop of indeterminately brown hair that his mother cropped with a pair of kitchen scissors, had not really changed. Sometimes as he caught his adult reflection pulling on his underpants oppressed by the thought of another day, he could still see him. In idle moments he wondered what became of the many faces that had coloured his past and faded into obscurity, but not today. Today he could only think of the future, staring anxiously out on a rapidly greying view as he trundled through the streets of a town that had remained starkly unfamiliar despite his frequent visits.

The taxi jolted unexpectedly and Roger was forced to look at his shoelace tied in a precarious fashion with one end frayed where it had snapped. Another omen. He caught a moments doubt mid-rise and swallowed it back, not entirely sure how he got himself in this predicament, if a predicament was what it was. The lovely Irene didn’t think so, but then he wasn’t so sure that Irene ever did really stop and think about anything. Well no, maybe that was an untruth. She did think about some things, quite often and with the determination of a monorail. She had the most amazingly dextrous feet, and could do marvellous things to a man’s flaccid ego under the tablecloth at ‘The Star of Bengal’ in the alcoholic fog laden period just after last orders. He had met her while playing bingo at a smoke filled workingmen’s club when she had jumped up to call house, losing her boob tube in the excitement and ensuring her place in his affections. With or without omens he couldn’t deny his turn of luck and caught his reflection in the rear view mirror looking back at him with the expression of a man guarding a pleasantly erotic secret.

He’d had a good summer, hot and steamy, the high temperatures keeping him busy selling a record number of air conditioners and sending his commission to an all time high. Feeling particularly buoyant he was considering widening his boundaries to the undiscovered territory of Melton Mowbray perhaps. There was talk in the office that he should spread his wings towards Rotherham, but the idea held no appeal. He liked places with something going for them: Nottingham had lace and Robin Hood. Melton Mowbray had pies. He was at a loss to find something fascinating about Rotherham.

He had been brought up in the suburbs of Sheffield when it was still black, his family moving away when some bright spark had the idea of sand blasting the place. From the back seat of a Ford Anglia tailgating a removal van, the sudden appearance of creamy coloured stone reflecting sunlight light like freshly laundered linen on a sun kissed summer morning, was something of a revelation to the very young Roger. And along with the scar from falling head first from the garage roof in a moment of immature bravado, it was something that had remained with him. But his mother had disapproved.

“Nowt good’ll come of it, mark my words,” she had growled with her back to the city. “Muck and brass our Roger, muck and brass tha’ll never split the two.”

Roger hadn’t really understood and didn’t really believe that he was meant to. His mother had always been something of a mystery; her fondness for the accumulated residue of the steel factories and her sudden demise in the middle of the frozen food aisle of Tesco’s while selecting frozen peas. It was clear to Roger that some things simply weren’t meant to be explained, just accepted, like hailstones the size of golf balls in the middle of June. Like Irene; her laugh like a constipated hyena and her amazing toes. He fidgeted, the very thought of her rousing things that had no place to be roused in the back seat of a taxi.