Normandy, from Asterix to the Holy Land 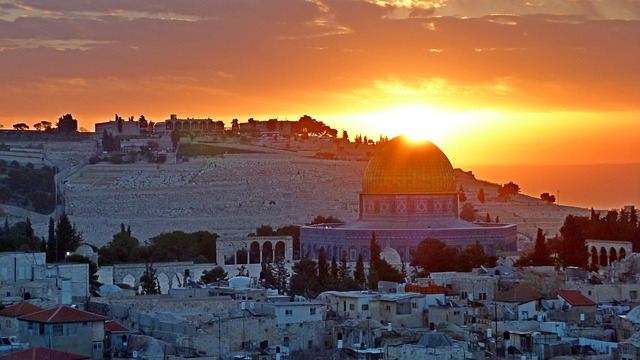 As religion patrons the medieval nobles in Normandy launched into projects to build bigger and finer churches, abbeys and monasteries than their neighbours. At the peak the region had 120 fine religious buildings of which 60 still remain, along with the numerous simple Norman churches.

Being geographically isolated from the central rule of the Catholic Church, the link between the Church and the ruling elite was a breeding ground for corruption. In 910 the Abbots were placed under the control of the Pope in Rome rather than the local control of a Feudal Lord. The Catholic Church became the most powerful institution in Medieval Europe and guaranteed the future wealth and power of Normandy.

Its perhaps then not so surprising that the Normans turned their ambitions beyond their own borders. Five years before the conquest of England in 1066 the Normans began the conquest of Southern Italy. Unplanned and disorganised the conquest began, according to legend, when a few knights stopped off in Salerno during a pilgrimage to Jerusalem and saw off a group of maruading Saracens. From there on Norman knights were drawn back to Italy as mercenaries and to fight in support of the Popes, eventually to fight on their own behalf, against the Papal States and building their iconic castles. In 1130 the conquest finally ended with the creation of the Kingdom of Sicily unifying the the island of Sicily and Italy.

Less than a decade after the conquest of England, with the blessing of the Popes, the Normans launched themselves into the Crusades, warring with the Muslims for the control of the Holy Land. When Jerusalem was taken in 1099 on the first crusade, urged on by Pope Urban 11 a native of France who promised forgiveness and pardon for all who who would fight to reclaim the Holy Land, the Italo-Norman Crusader Knights massacred Muslims Christians and Jews alike. Shortly after Tancred, the Italo-Norman leader of the first crusade was crowned Prince of Galilee and Regent of the Principality of Antioch.

Asterix had come a long way from his Gaulish roots.