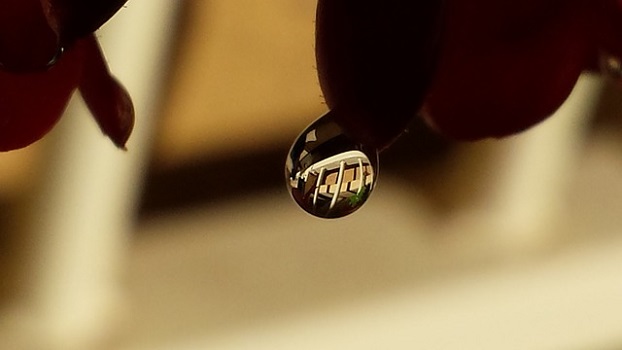 “Hello Mrs Popborski, I don’t know if you remember me, but I think we need to talk.”
A small silence followed in which Richard Davenport could almost believe he saw her standing with the phone against her cheek, her long fingers trembling and the hint of a smile crawling across the slender face he had, for the smallest of moments, been afraid of.
“Bring her to me.”
“Yes, yes of course. I’ll bring her in the morning.”
“No Mr Davenport, bring her now.”
“Yes, yes of course.”

He listened for the dull silence, the little click and monotonous hum until he was sure that she had gone before replacing the receiver as if it was made of glass. Somewhere beyond the door to his study he could hear his wife’s footsteps n the stairs. He could feel her presence, the pall of suffocating air that she carried with her since the dream had turned into a nightmare.

“Richard. Richard where are you?”
He closed his eyes and tried to find a better place, of late it had grown very small and he had begun to fear that very soon he might look and not find it.
“I’m in the study, ”to his own ear, his voice sounded thin and broken.
“What are you doing?” Her voice had grown thin too, as had the pale reflection of the face he had married appearing in the crack in the doorway.
“Nothing dear.” He rearranged his features carefully and walked toward her deliberately slowly and arms held in an empty embrace. “Everything is fine, it’s very late. Go back to bed.”
“Is it asleep, I can’t hear it.” Her pale eyes appealed to him with the look of the near deceased and crushed his heart all over again.
“Rebecca, Mary. Her name is Rebecca, and yes, she is asleep I checked on her a few minutes ago.”
“Good,” Mary Davenport lolled against her husbands shoulder and allowed herself to be steered back in the direction of the stairs in the comfort of his arms. “She makes me angry. I hate it,” she turned to face him one bare foot on the bottom step of the stairs, her grey eyes like moons sinking in a bottomless lake.
“That’s alright darling,” Richard cupped his hand under her chin and kissed her forehead. “You go to bed and it will be better in the morning.”
“Will it?”
“Yes I’m sure it will.”

When he was sure Mary was asleep, her breathing disturbed by a dream that drew a whispered stream of words he had no care to listen to, Richard grabbed a small case and went to the nursery. Rebecca was sleeping, curling her delicate fingers into tiny fists and looking so much like her mother that regret flooded up to his eyes. He silently prayed that she would not open hers or he was sure he would be lost.
Rebecca made no noise as he wrapped her in a blanket, folding sleeping arms across her chest and trying so hard not to linger on her sweet smell and the soft forgiveness of her skin. What possession he thought she might need: little dresses, frilly socks, pink cardigan with a tiny butterfly fluttering in suspended animation, shoes he would never see her wear, neatly packed away, he rolled her up into his chest and held her there. He tried not cry, but the will was too strong. She felt heavier than her three months on this earth would logically make her and for a moment she seemed like black matter sucking in the world around her and he had to steal himself not to lay her back in her cot. What he was doing needed to be done; that choice had been taken from him long ago when he traded in the misery of being childless for the conditional assistance of wealthy benefactor.

“I wish you luck Mr Davenport. I hope youa and your wife will find the happiness you’re looking for.”
He remembered smiling, even laughing; the relief so overwhelming he had been rendered suddenly stupid. The journey to that point had been so long, he didn’t believe that there could ever be another to match it, but he had been wrong. The stupid are also blind and deaf and desperately naïve. He was pretty sure that Mrs Popborski already knew it when she agreed to help; she knew the journey had been too long.
He could almost have believed that she was standing at his shoulder the day he was so afraid he thought he might pee himself. Mary trembled in the cold light of the bathroom holding a kitchen knife over her wrist. That night the darkness had been endless, holding her shivering and weeping in his arms trying to reconcile the depths of her wanting against the lack of available resource and the warning that she may be too unstable to cope even if she did get what she wanted.